X vs Y: Are us Millennials REALLY functioning on the same level as our Parents decades ago?

Given my being bogged down with exams and term papers right now, I thought it might be a welcome change of pace if I presented something a little more positive and inspiring this time around.

People sometimes respond to my criticisms of my own generation with cliched maxims like, “Young people are no different today than what they were thirty years ago,” and “Teenagers are no dumber now than what they were when I was growing up.” Those are lovely sentiments on the surface, but I’m afraid that they are largely erroneous, and actually reek of the sort of mentality that one associates with defensive (and bad!) parents!

To defend my generationally self-deprecating side of the debate, I’m presenting here the profiles of seven amateur teenage artists from 25 to 30 years ago. These Artist-of-the-Month profiles were taken from issues of Art & Man, a defunct art appreciation magazine that was distributed in North American high-school art classes when my parents were growing up. I found these seven issues stashed away at my parents’ place a few weekends ago.

Please take a few minutes and explore the work and attitudes of these seven teenagers—keeping in mind that these people were developing their artistic character in one of the (supposedly) most hollow decades of the Twentieth Century, the 1980s!  in other words, these young people predate even the Grunge movement and “Gen-X consciousness”. In our current age of empty-headed ego and pointless “selfies”, how many high-school and college students do you know who are functioning on this creative level and with the same degrees of interest, maturity and devotion? Seriously. How many? 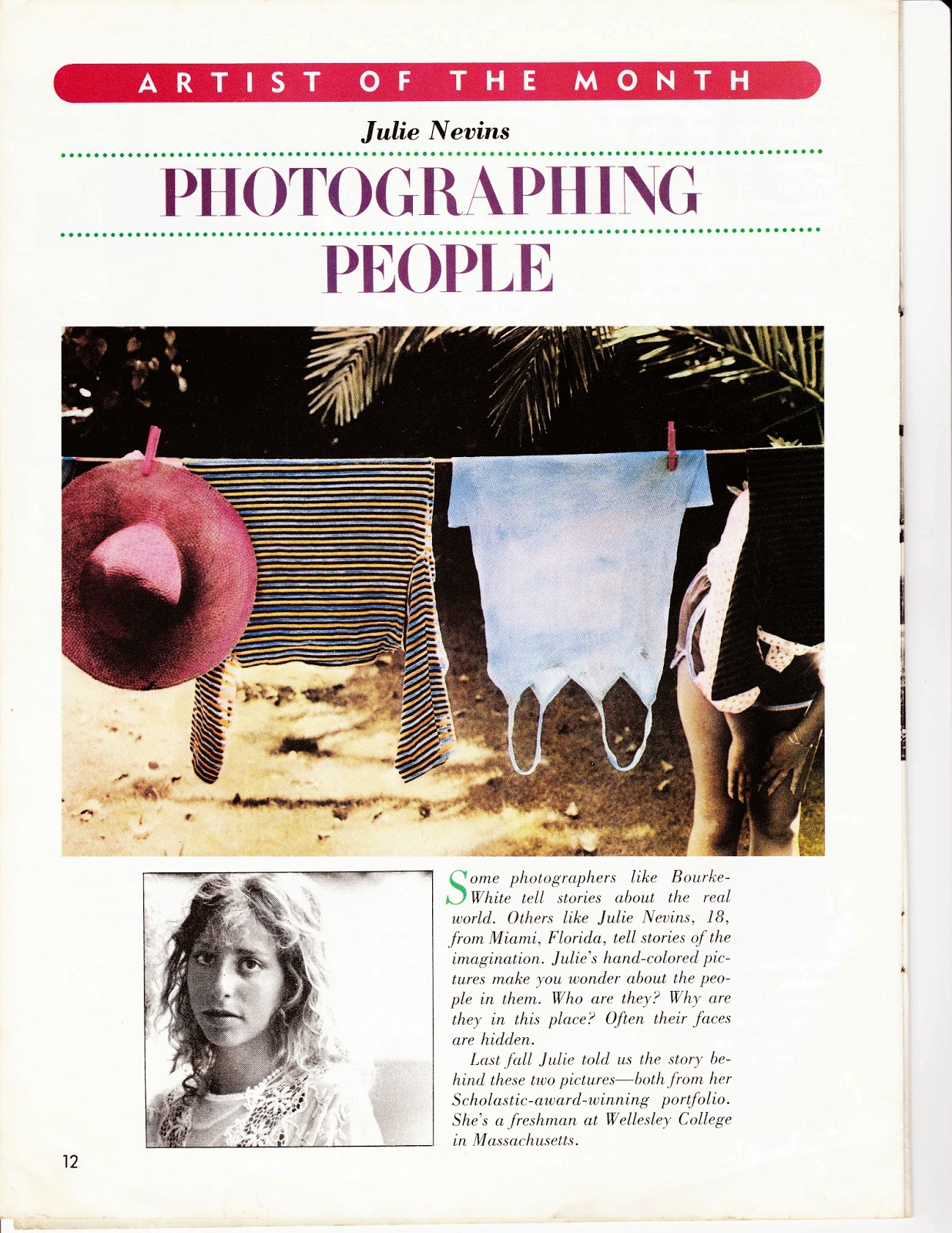 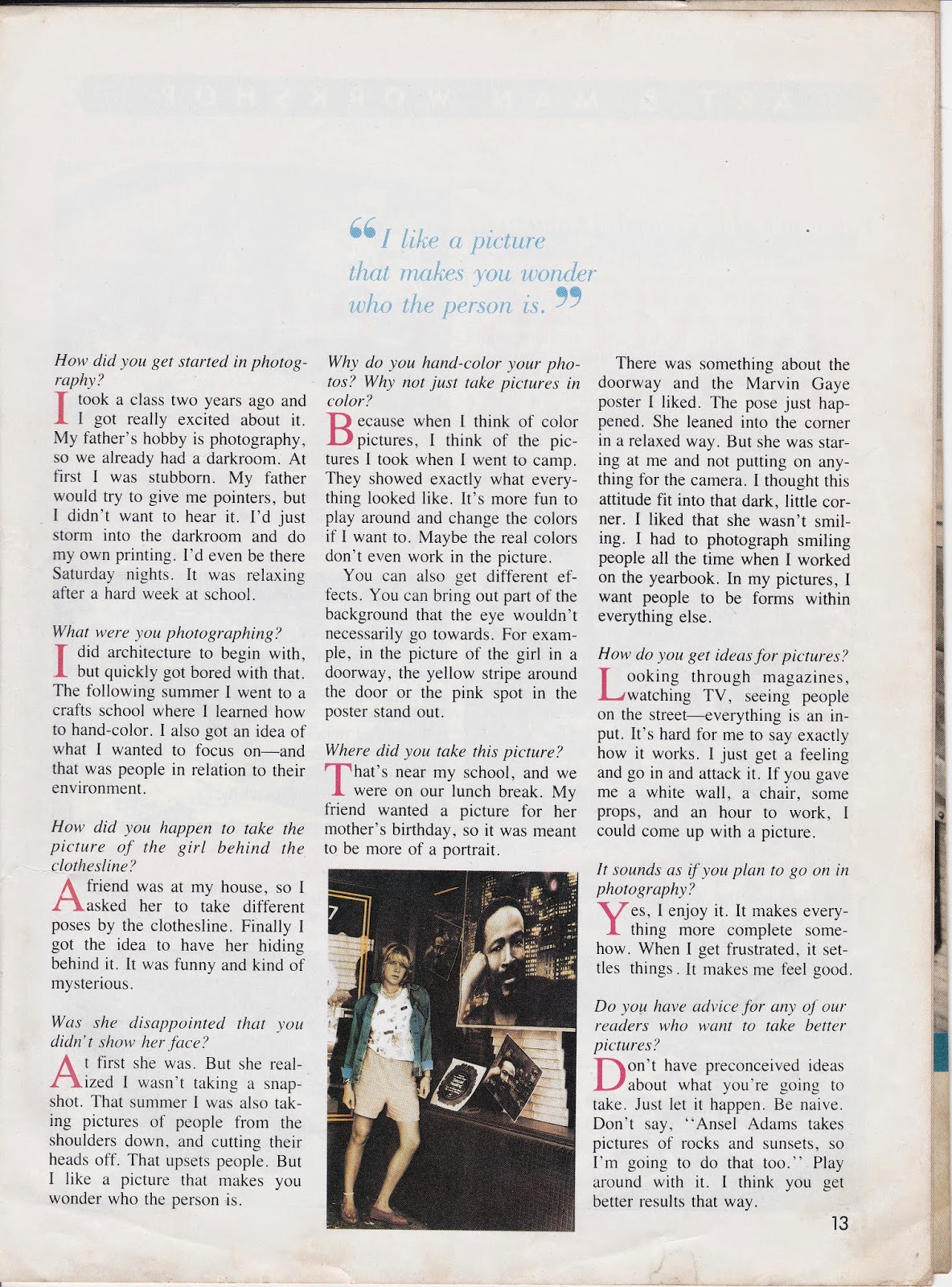 According to my search of the Internet, Ms Nevins is now a lawyer operating out of Miami, Florida. She still dabbles seriously in photography.  Some examples can be found on her Facebook page. 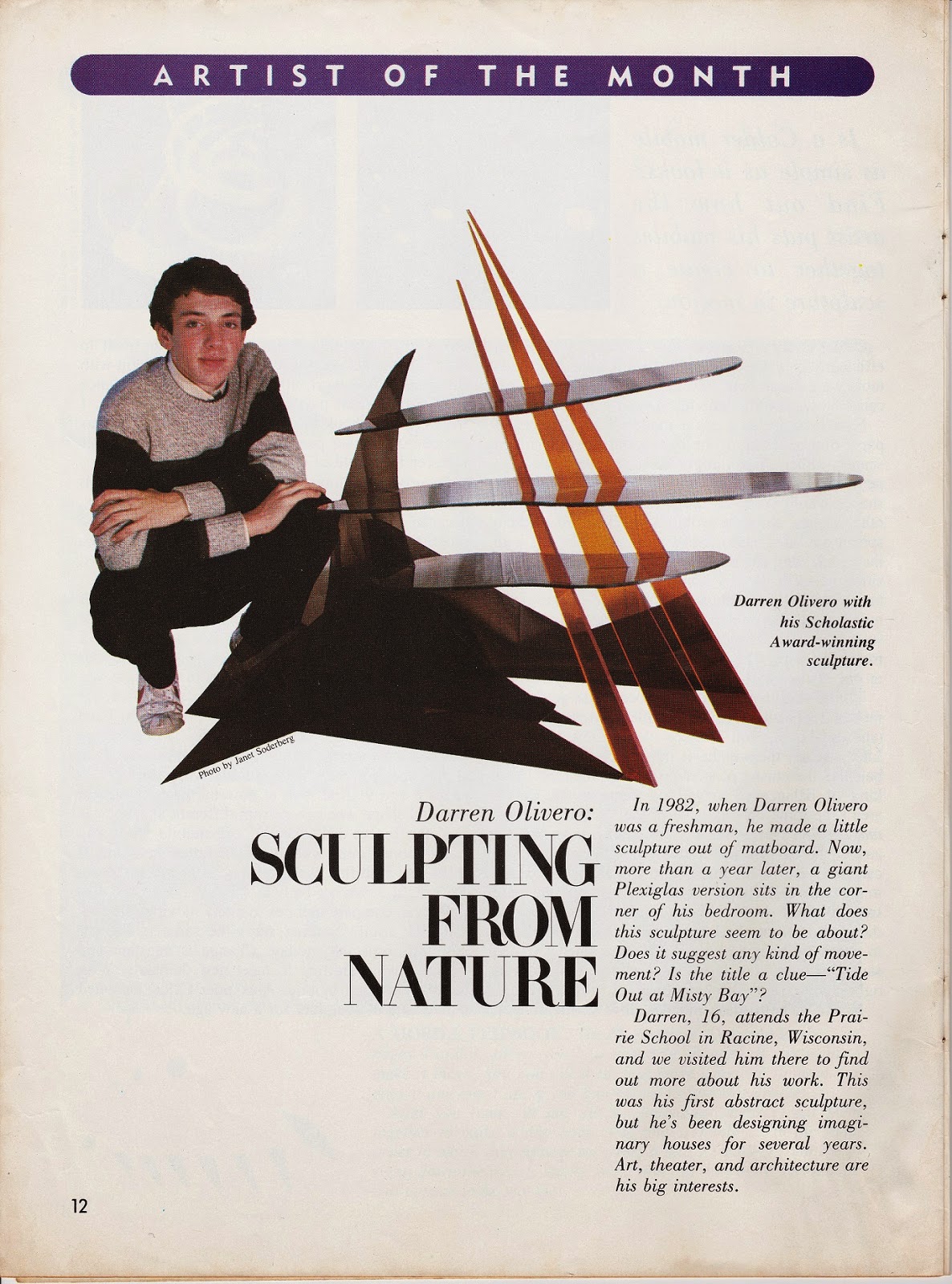 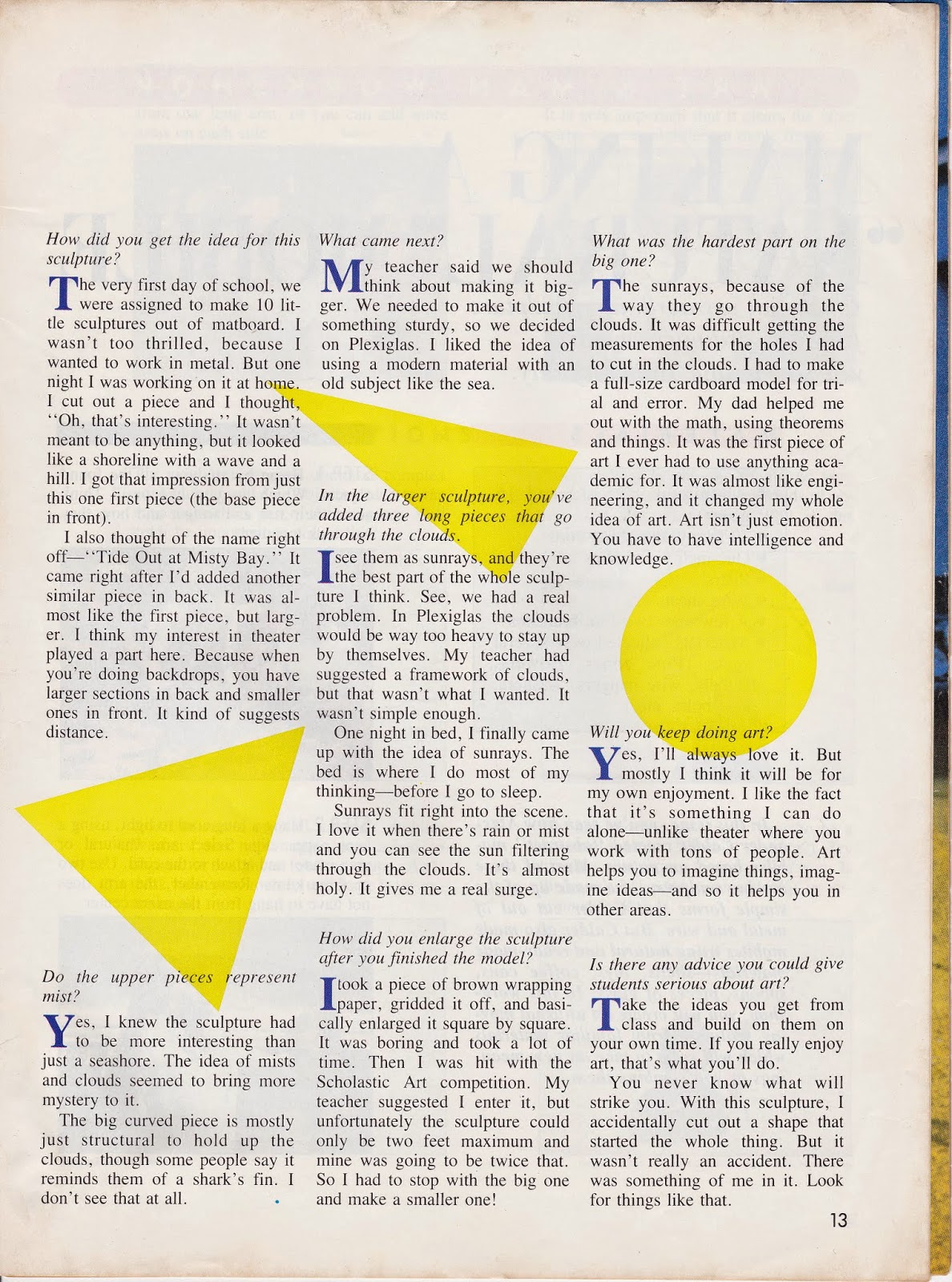 Mr Olivero might be the same Darren Olivero who now works as a creative consultant specializing in various installations and mixed media projects.  If so, his business’s official website can be found here. 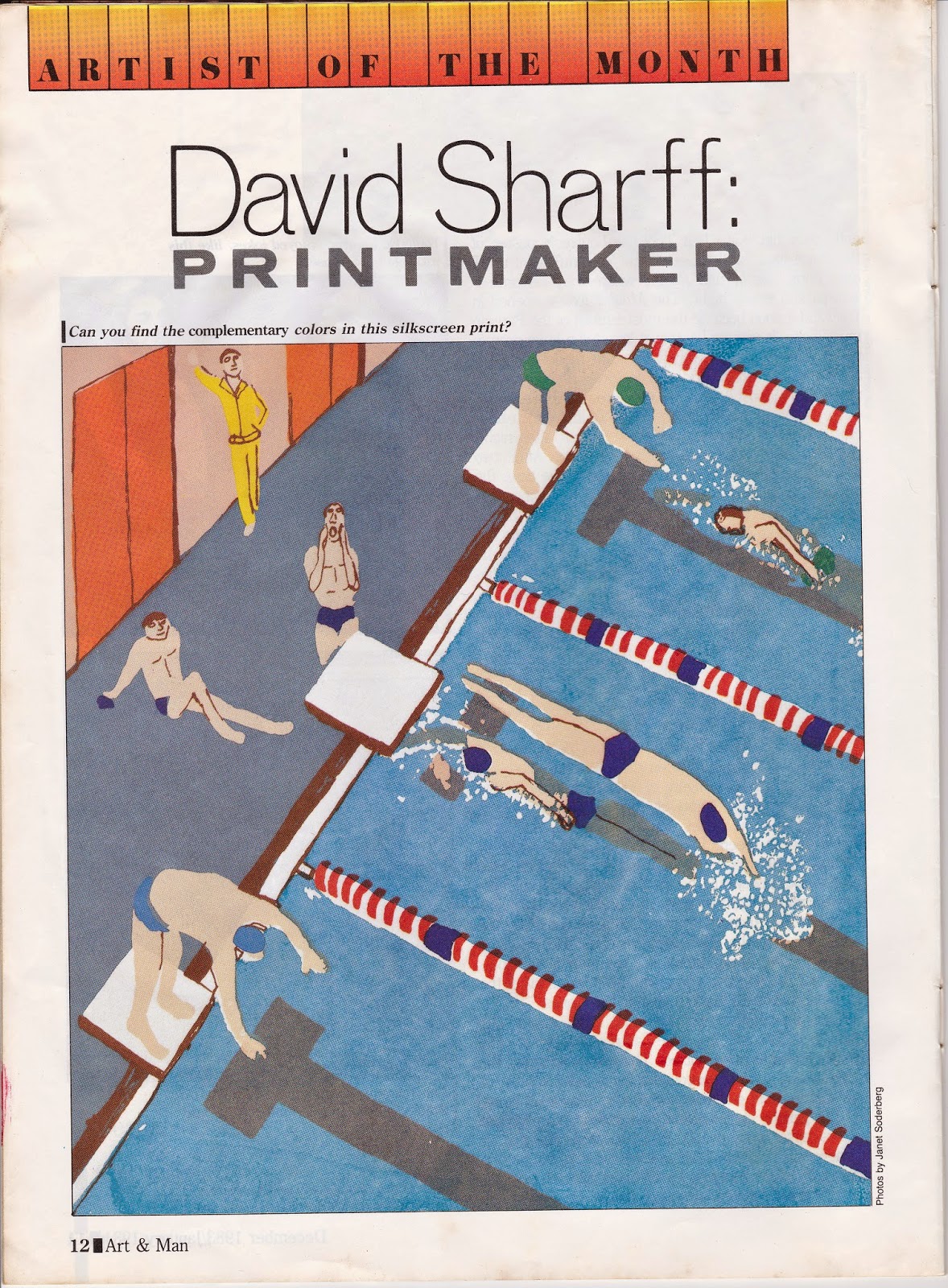 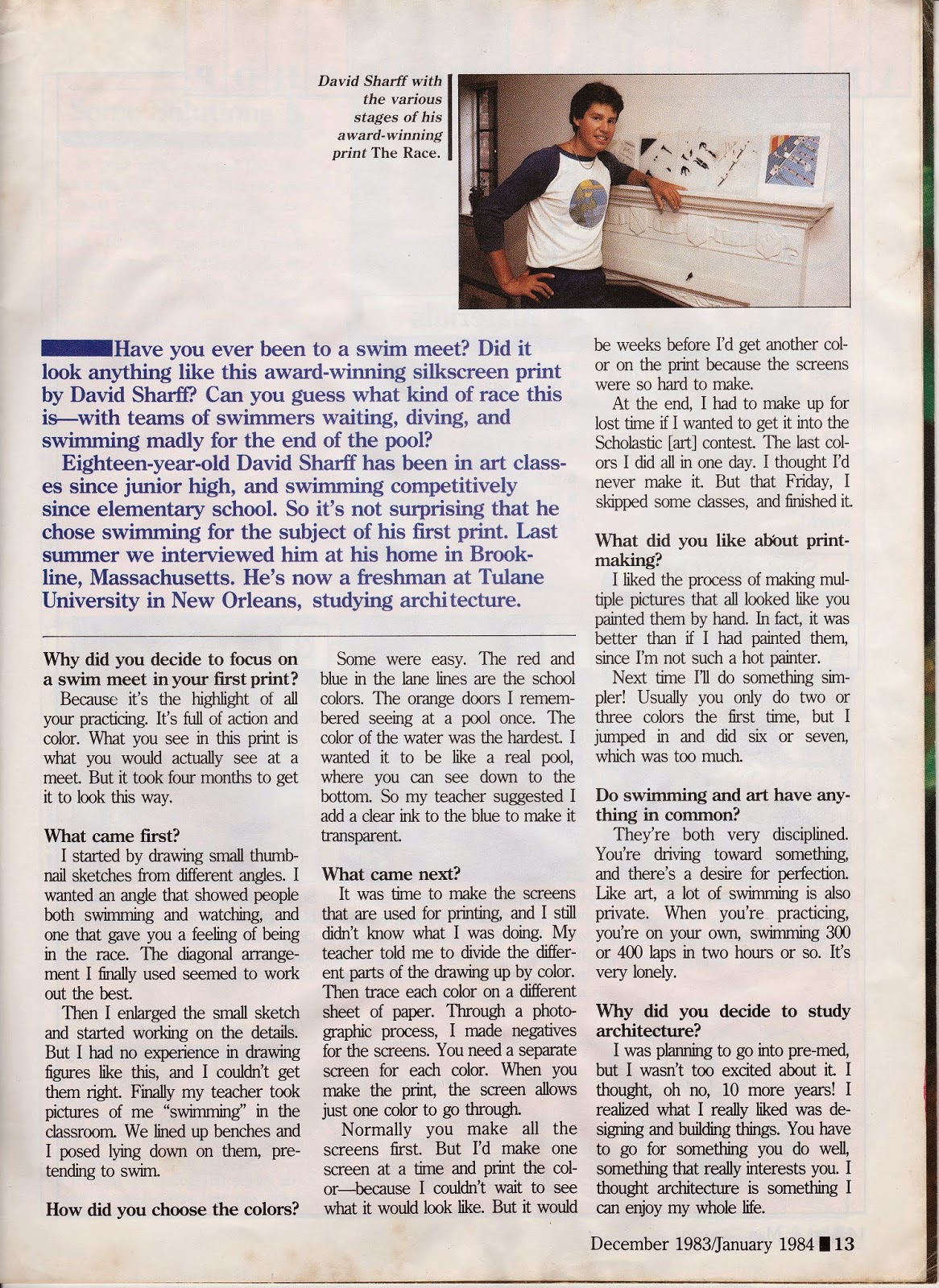 Mr Sharff went on to become the architect he was studying to be.  This is his official website. 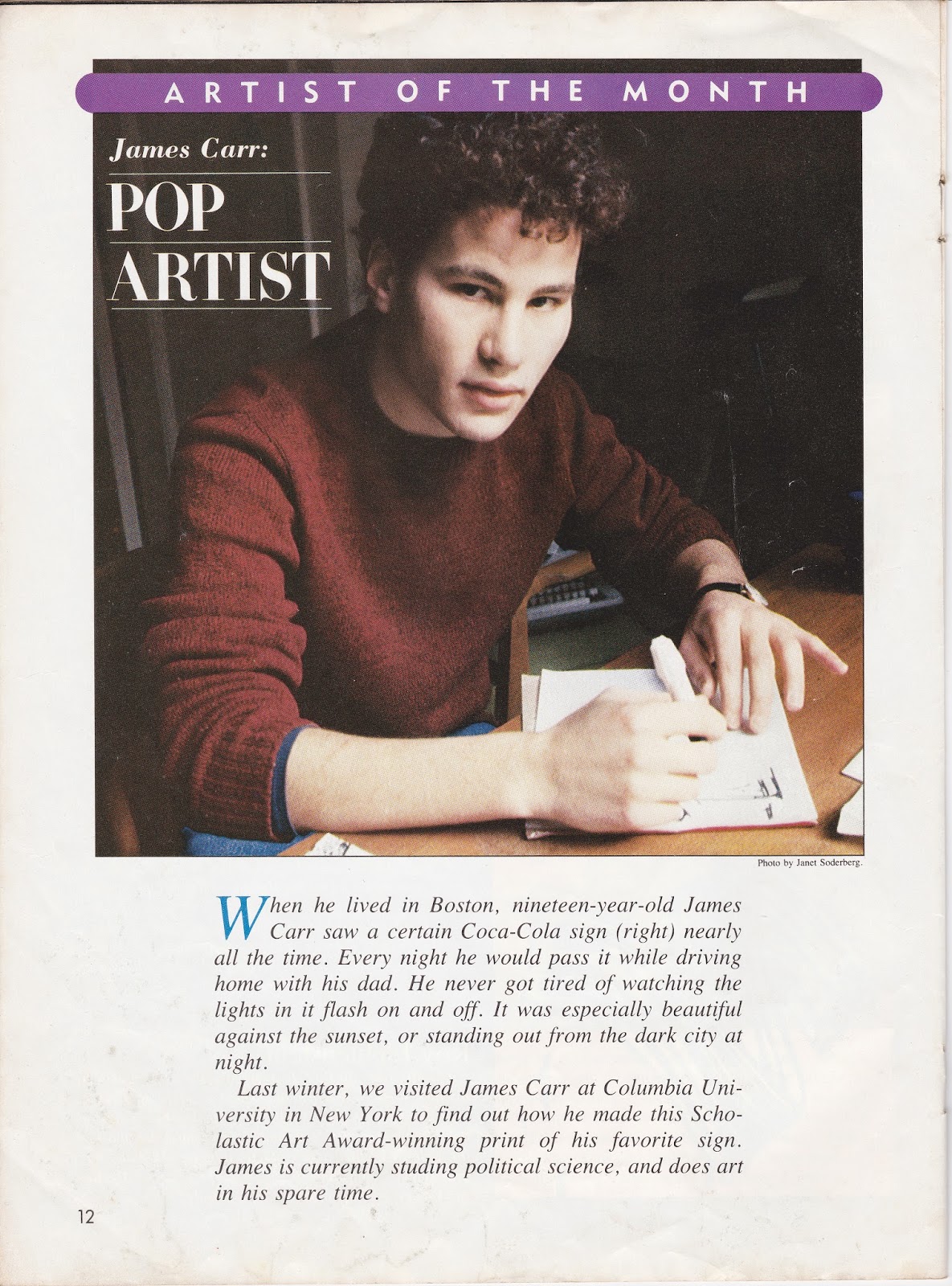 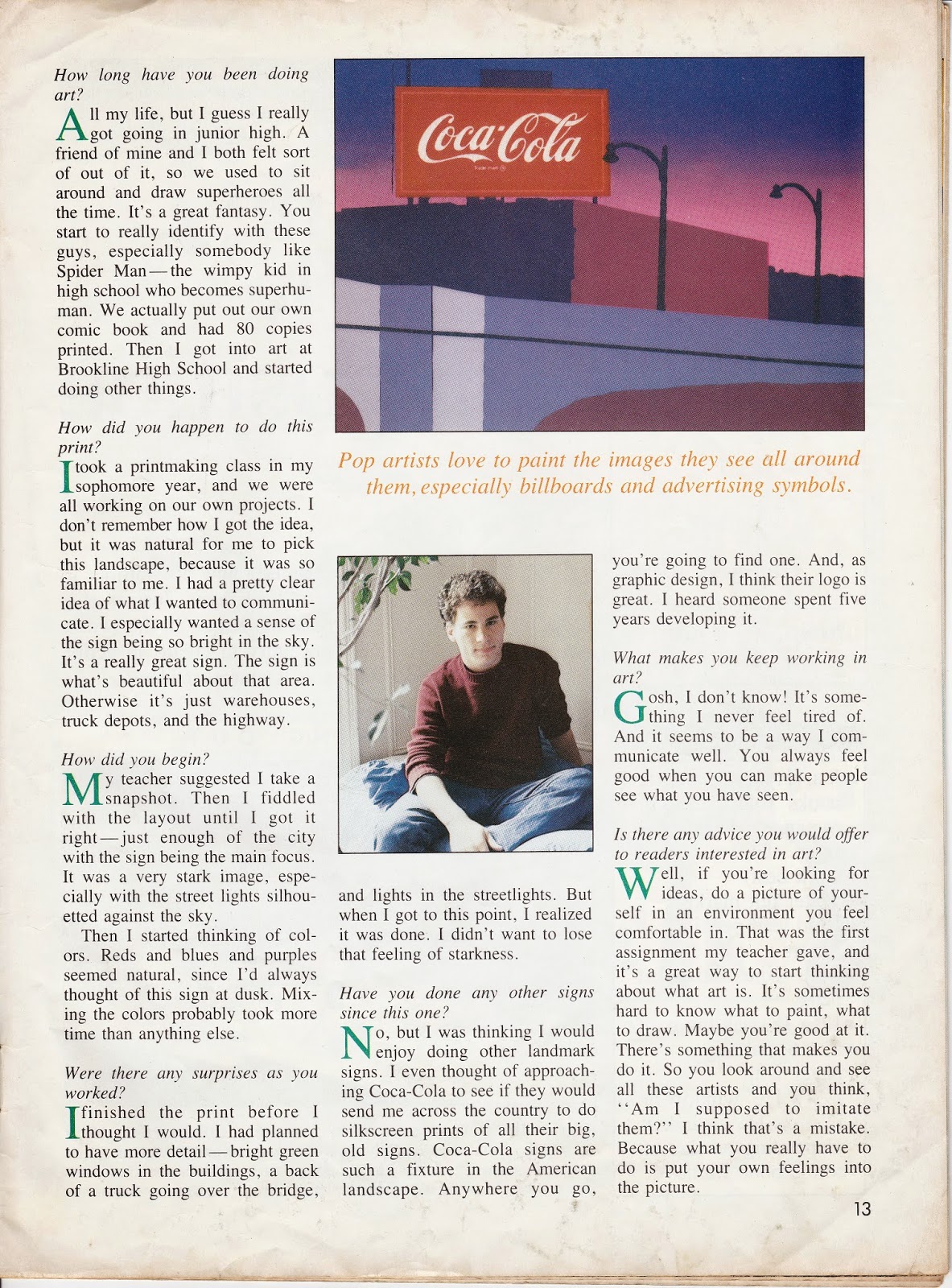 It’s not completely certain, but James Carr appears to be working as an architect out of Cambridge, Massachusetts.  He graduated from Columbia University in 1986, and received a Masters degree in Architecture from MIT in 1994. 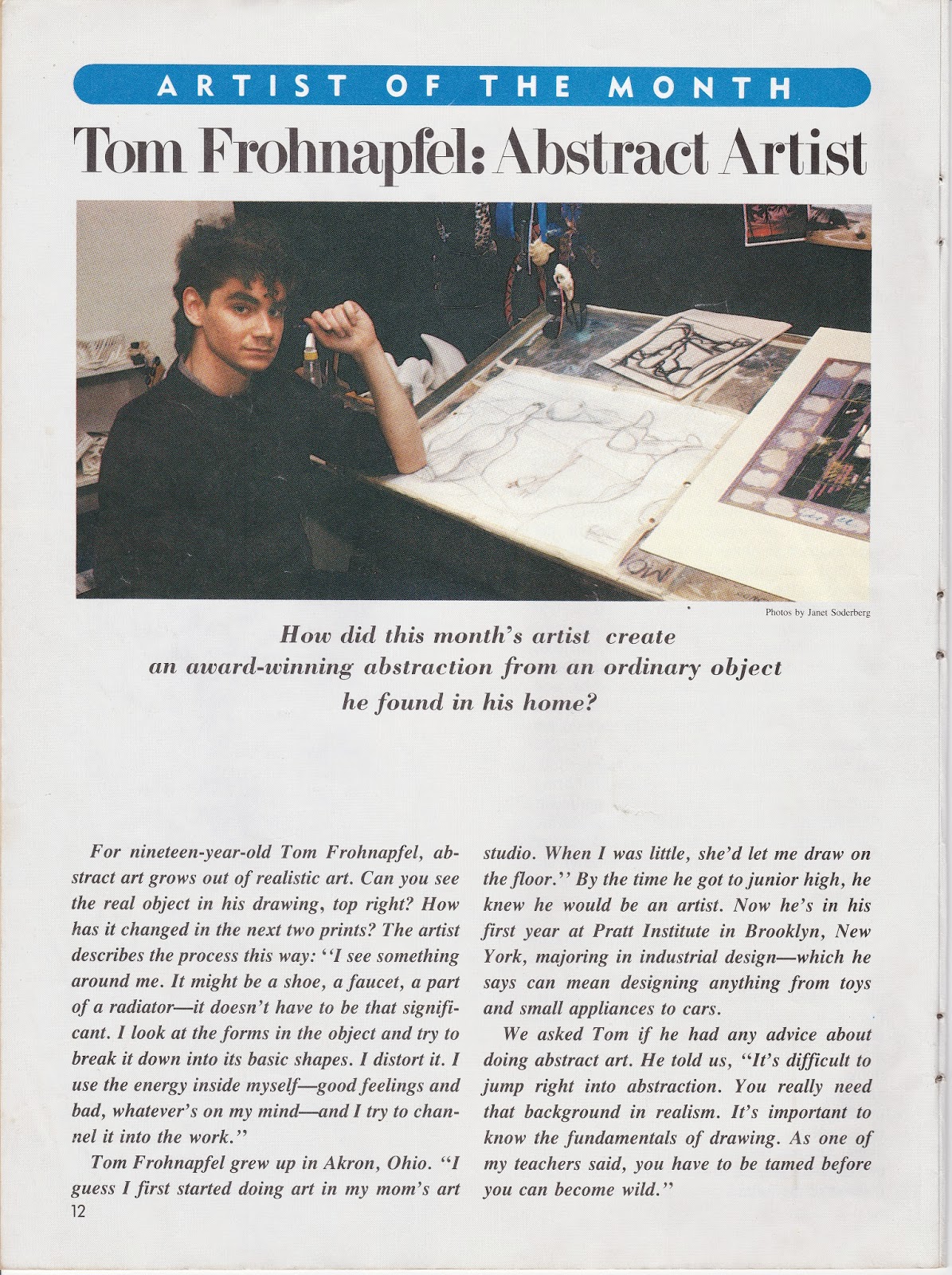 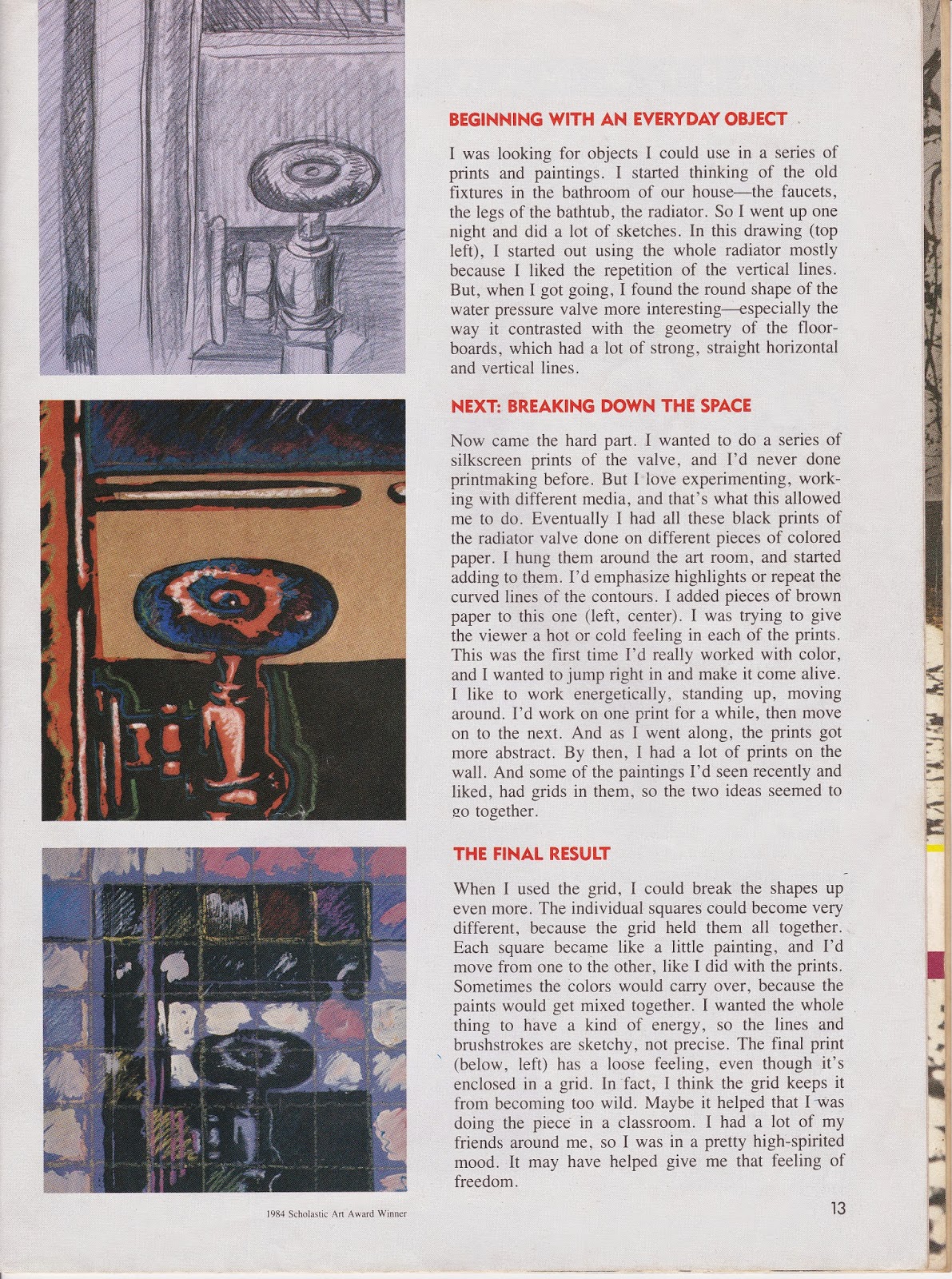 I found Tom—or Thomas—on Facebook, a little grayer, but none the worse for wear.  He eventually graduated from Pratt Institute and owns and operates TF Design Works (formerly Frohnapfel Design). He still paints, and several abstract examples can be found at the TF Design Works website. 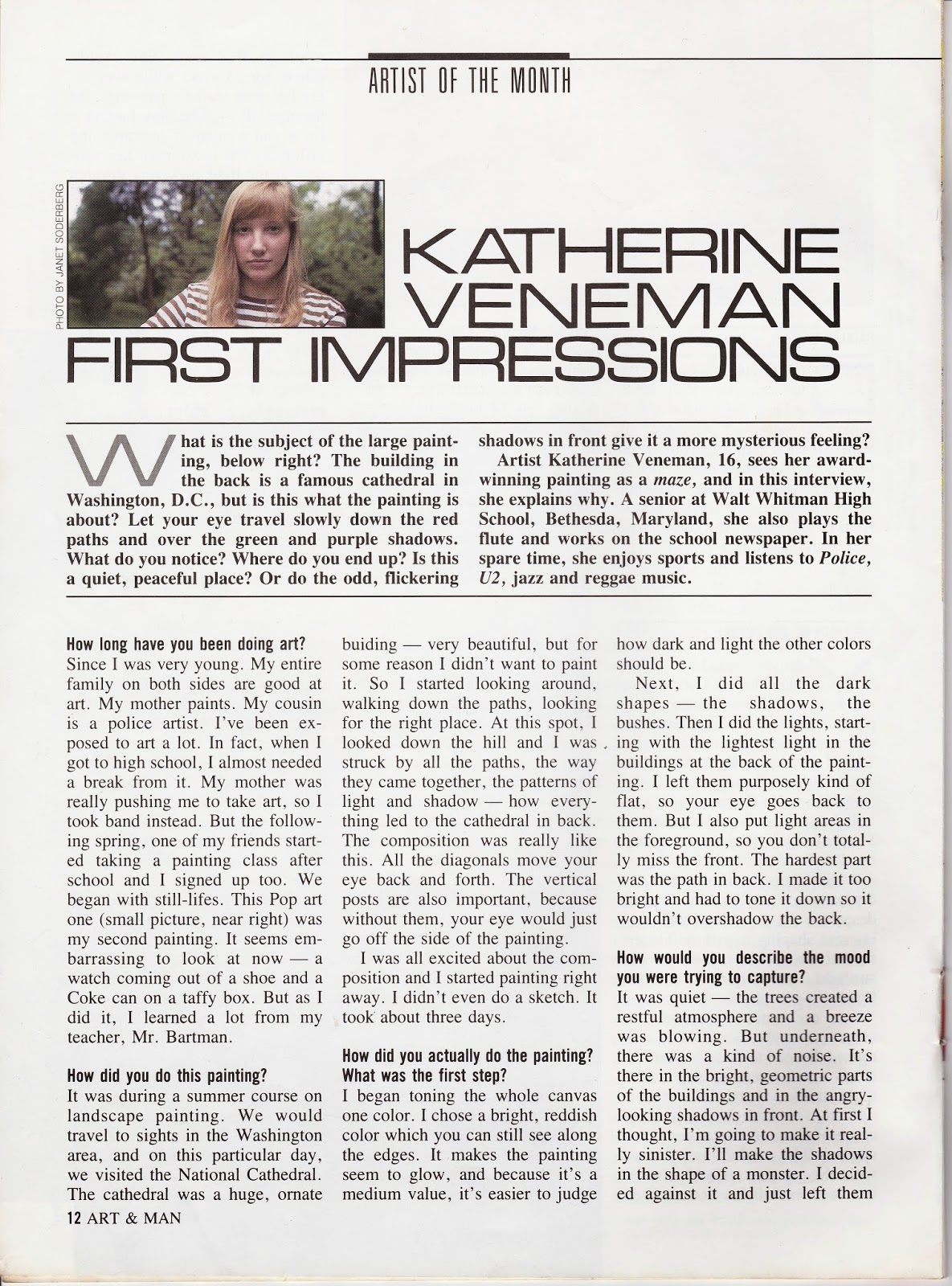 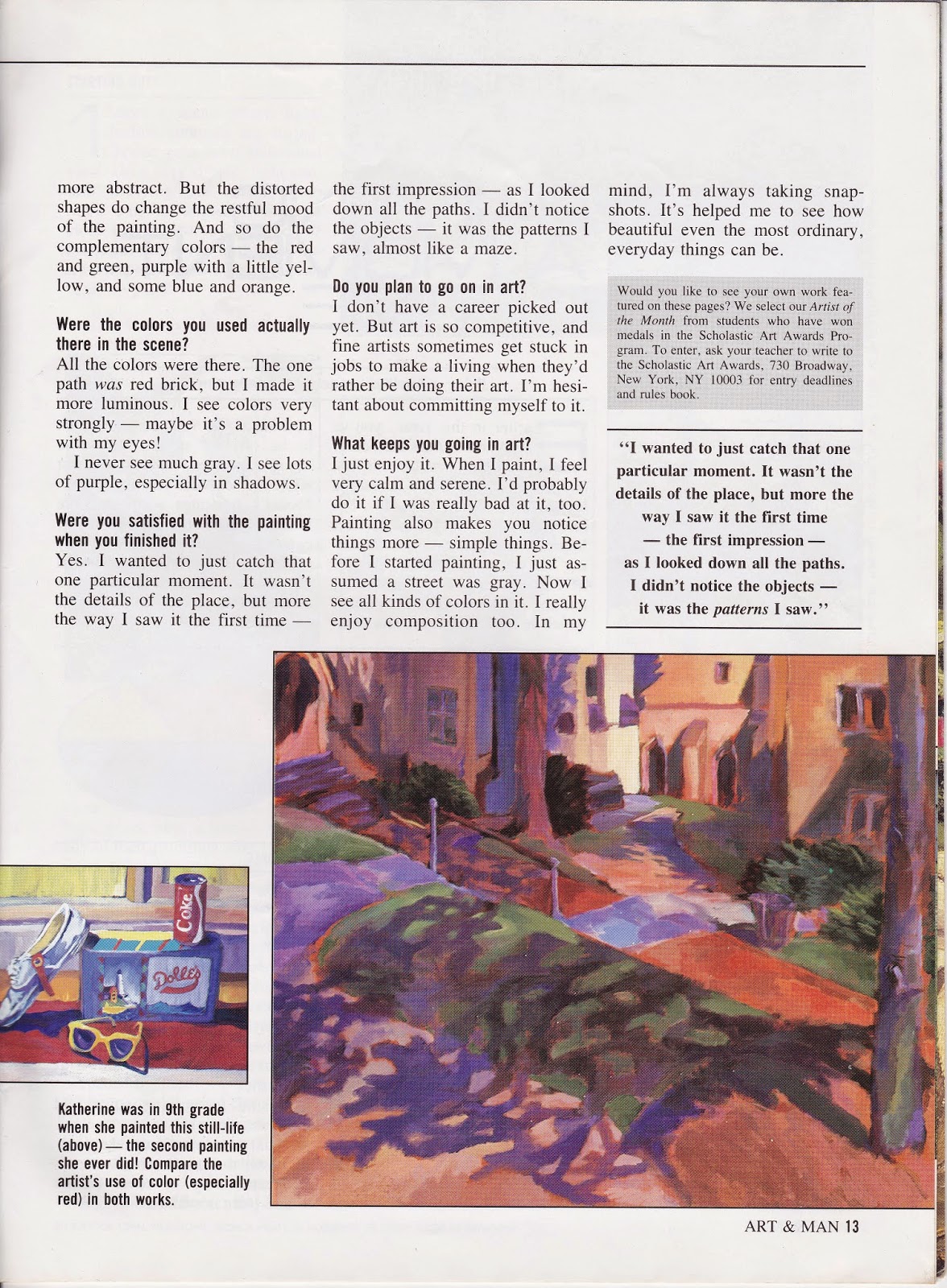 Besides carrying on with her painting, Ms Veneman now works various roles at the University of Houston in Texas.  A recent interview with her can be found here. 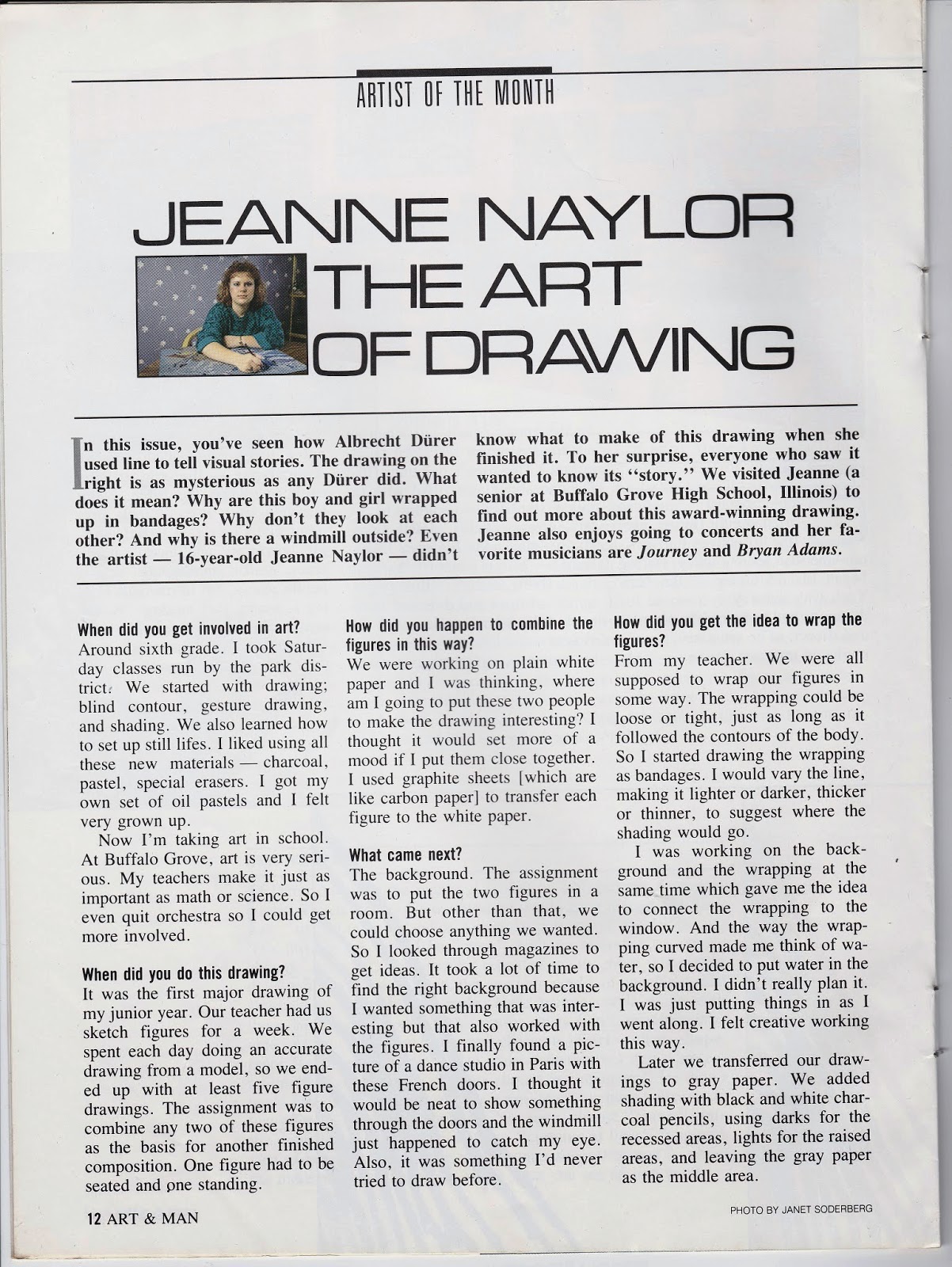 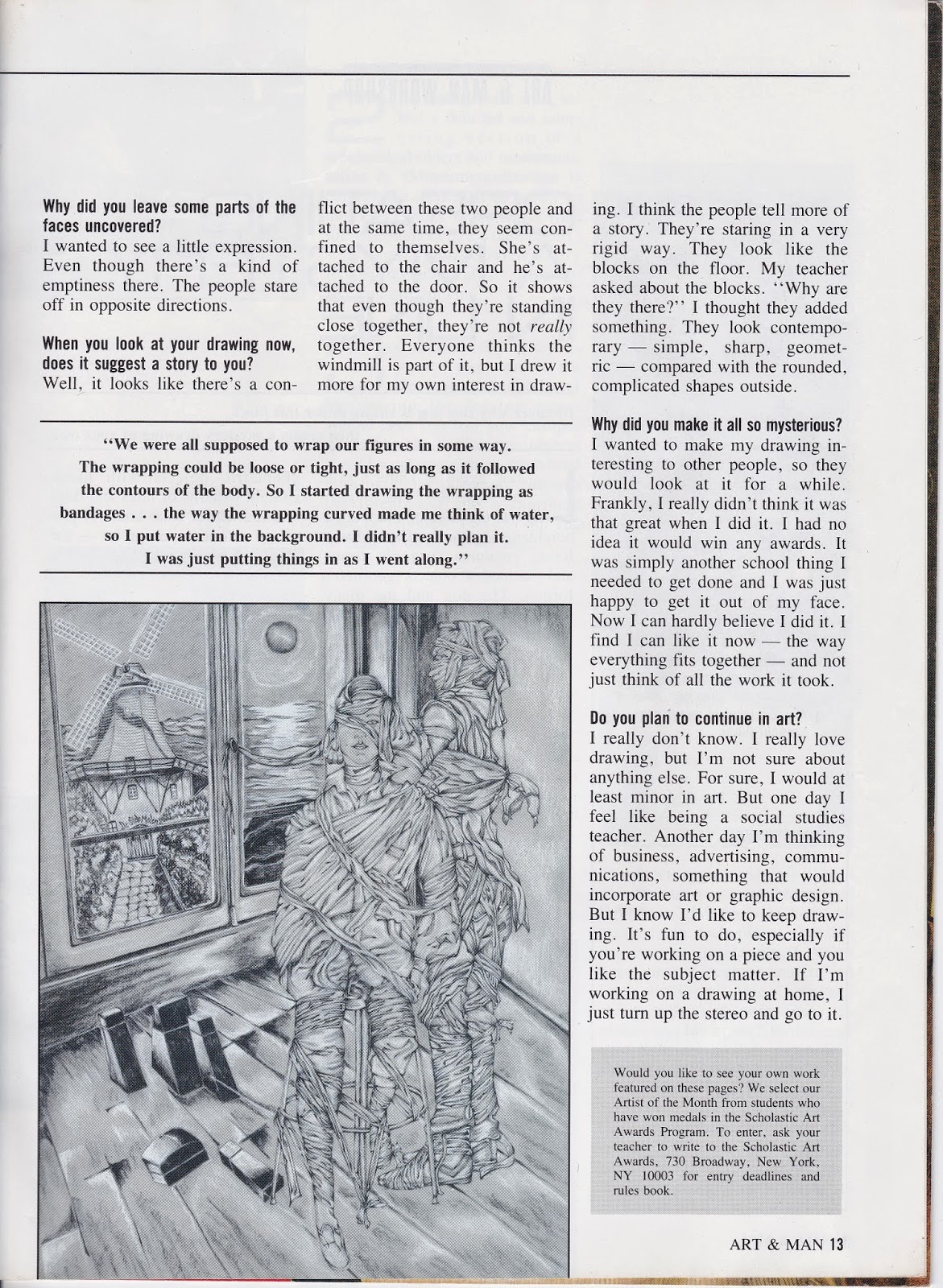 It appears Ms Naylor (or McLaughlin) still resides in Buffalo Grove, Illinois.  She never pursued an artistic career, but she does have cute children at least.  She can be found here on Facebook. 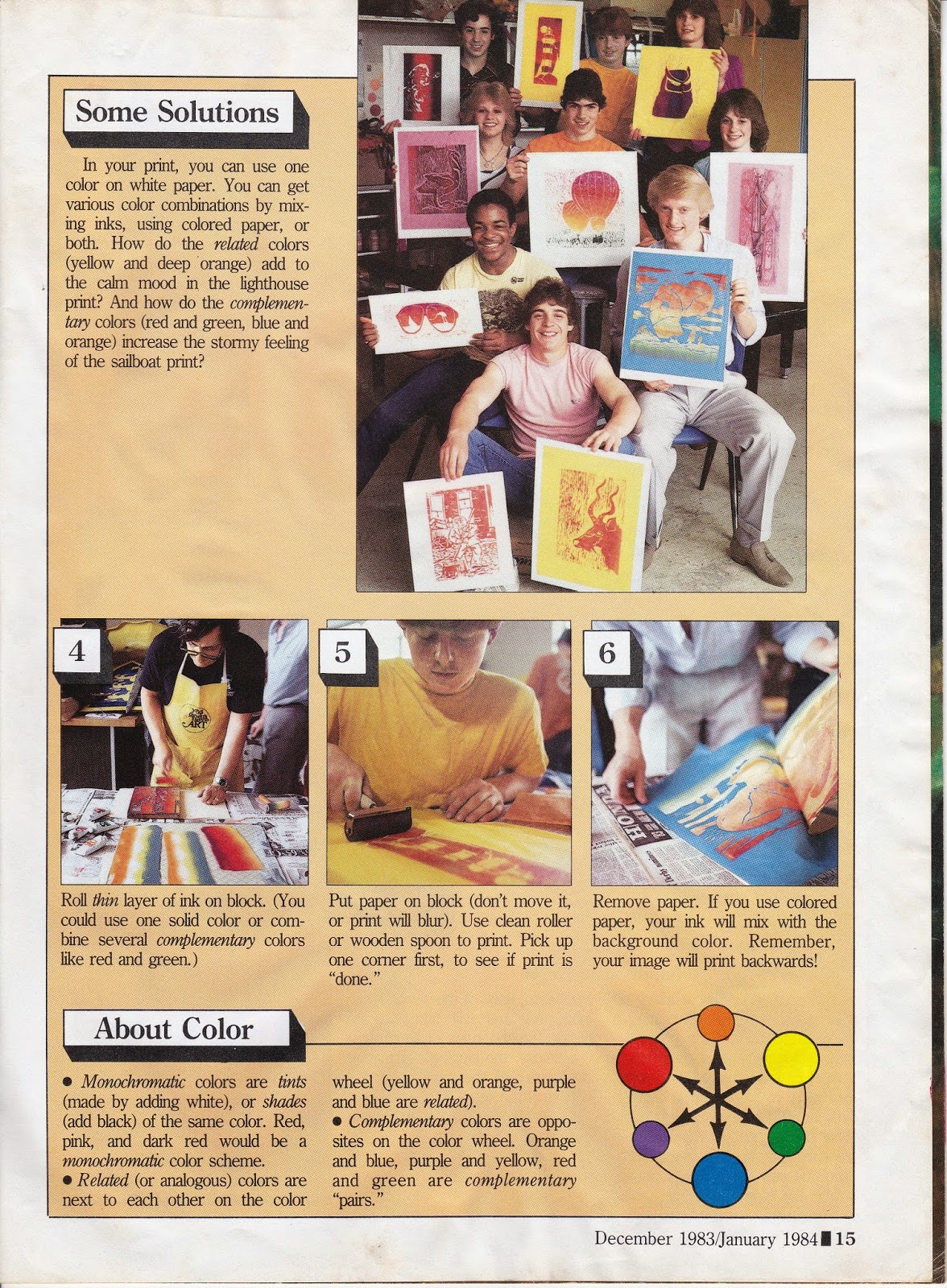 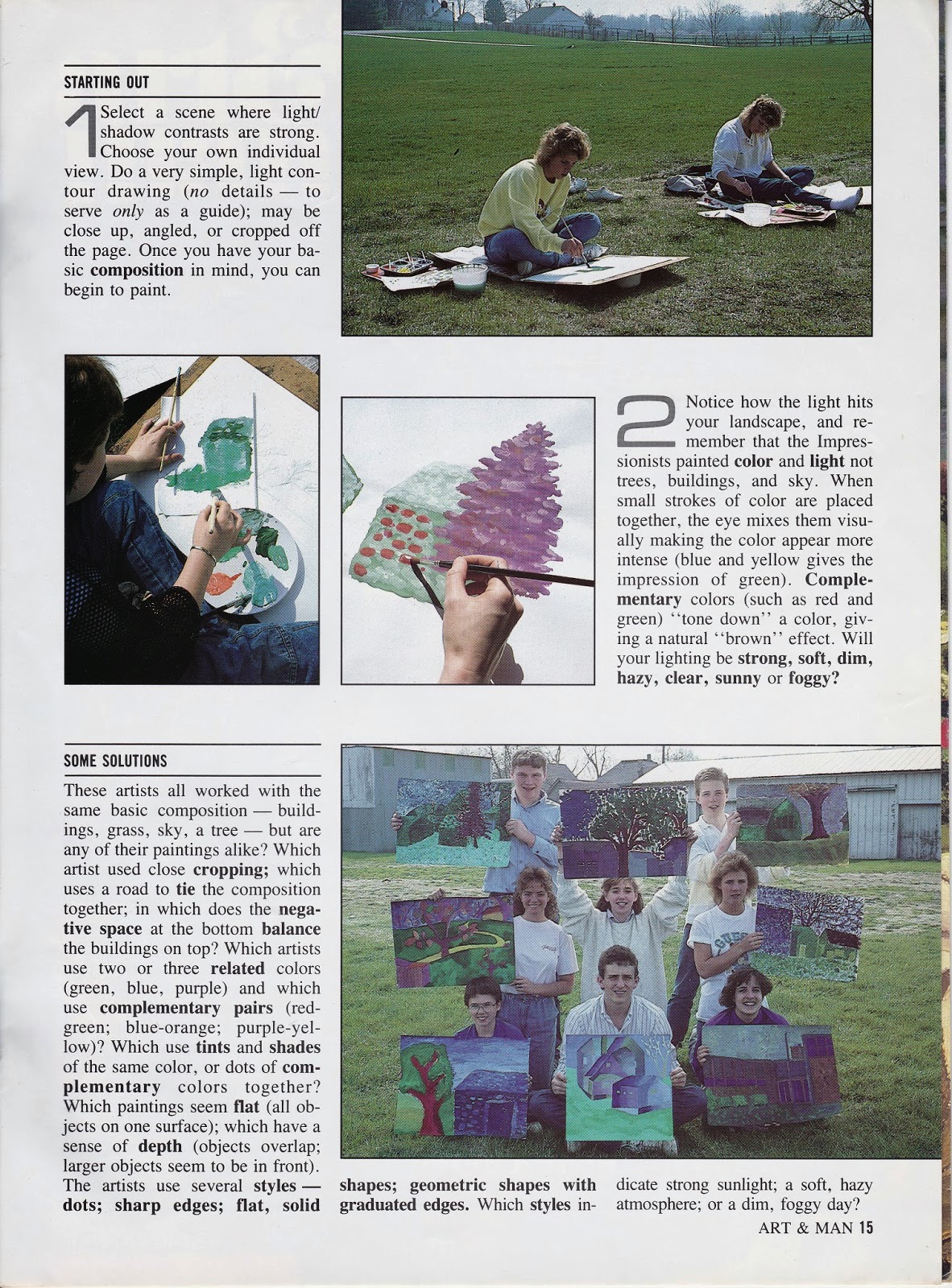 Here are the covers of the seven issues of Art & Man from which I’ve stolen the above profiles and article excerpts.  The older ones (1983-1985) were most likely my father’s; the 1987 issues were undoubtedly my mother's. 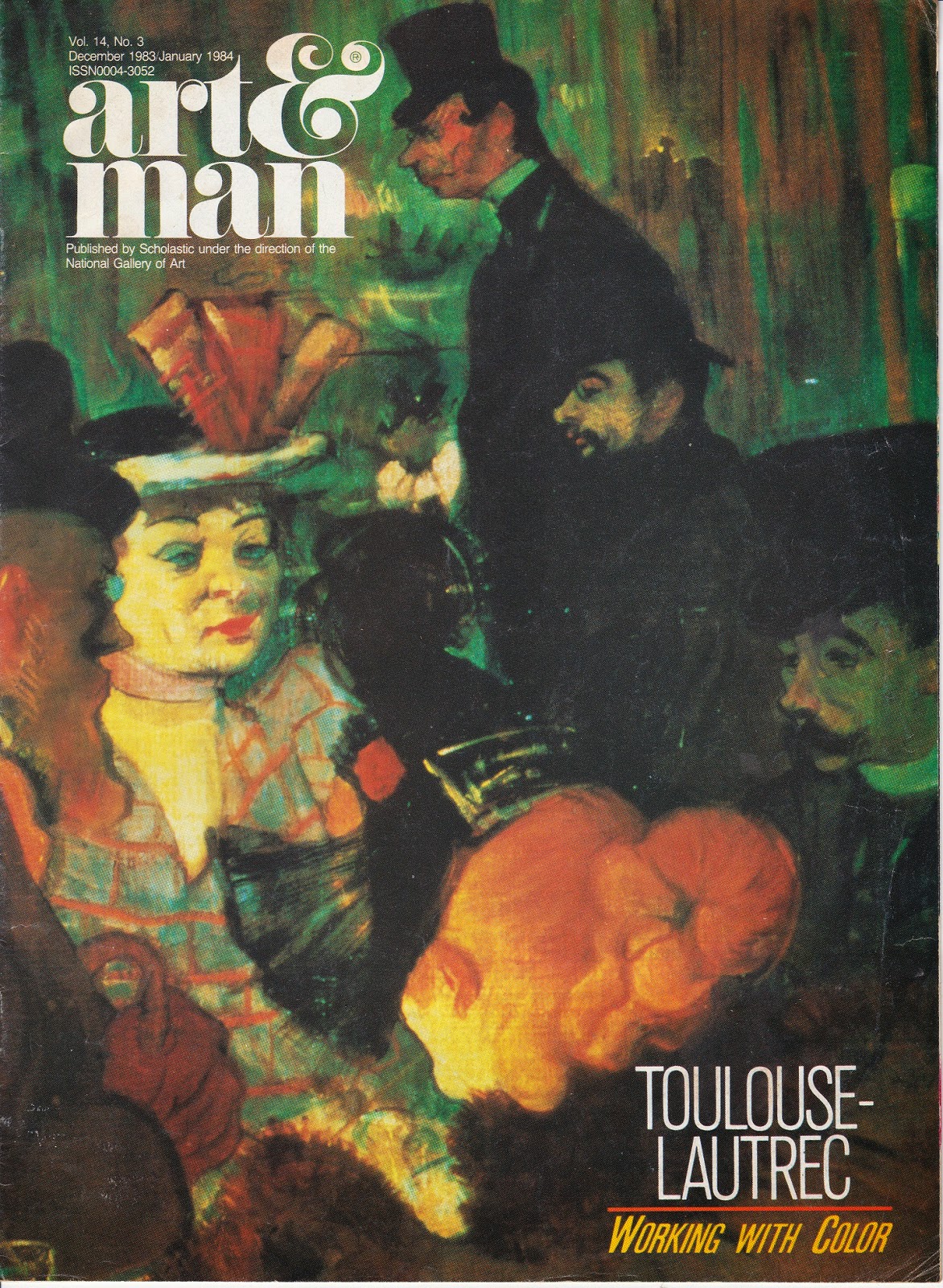 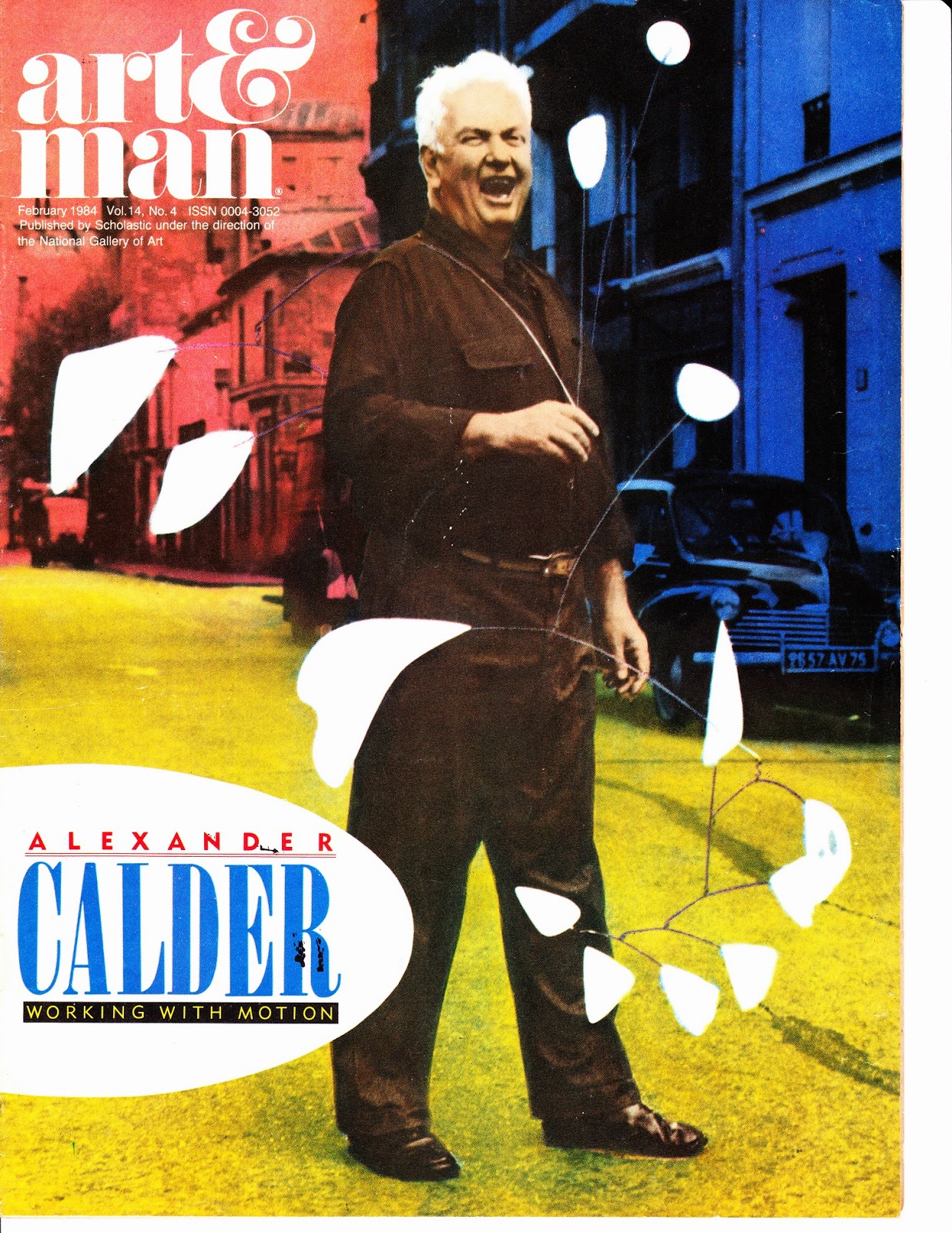 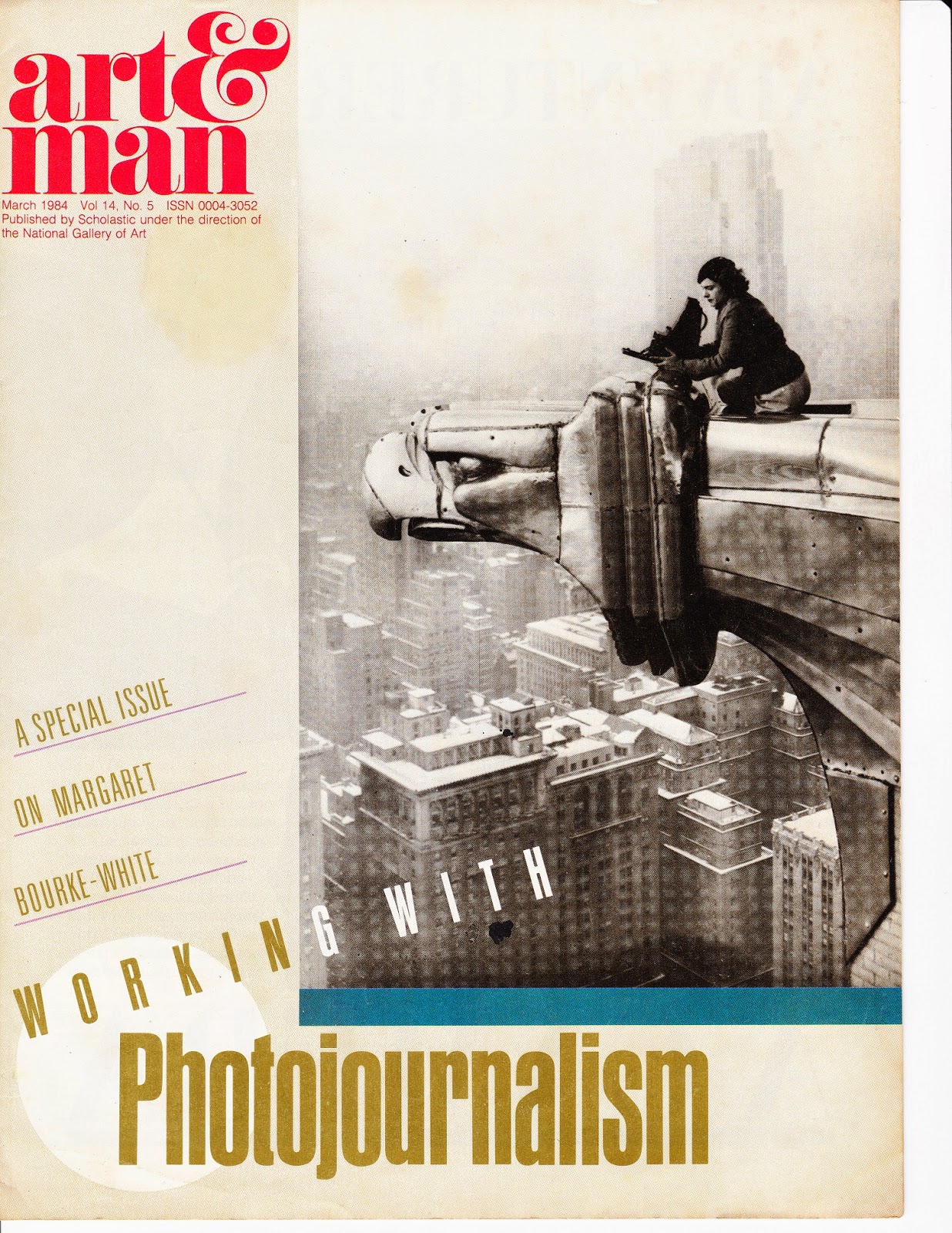 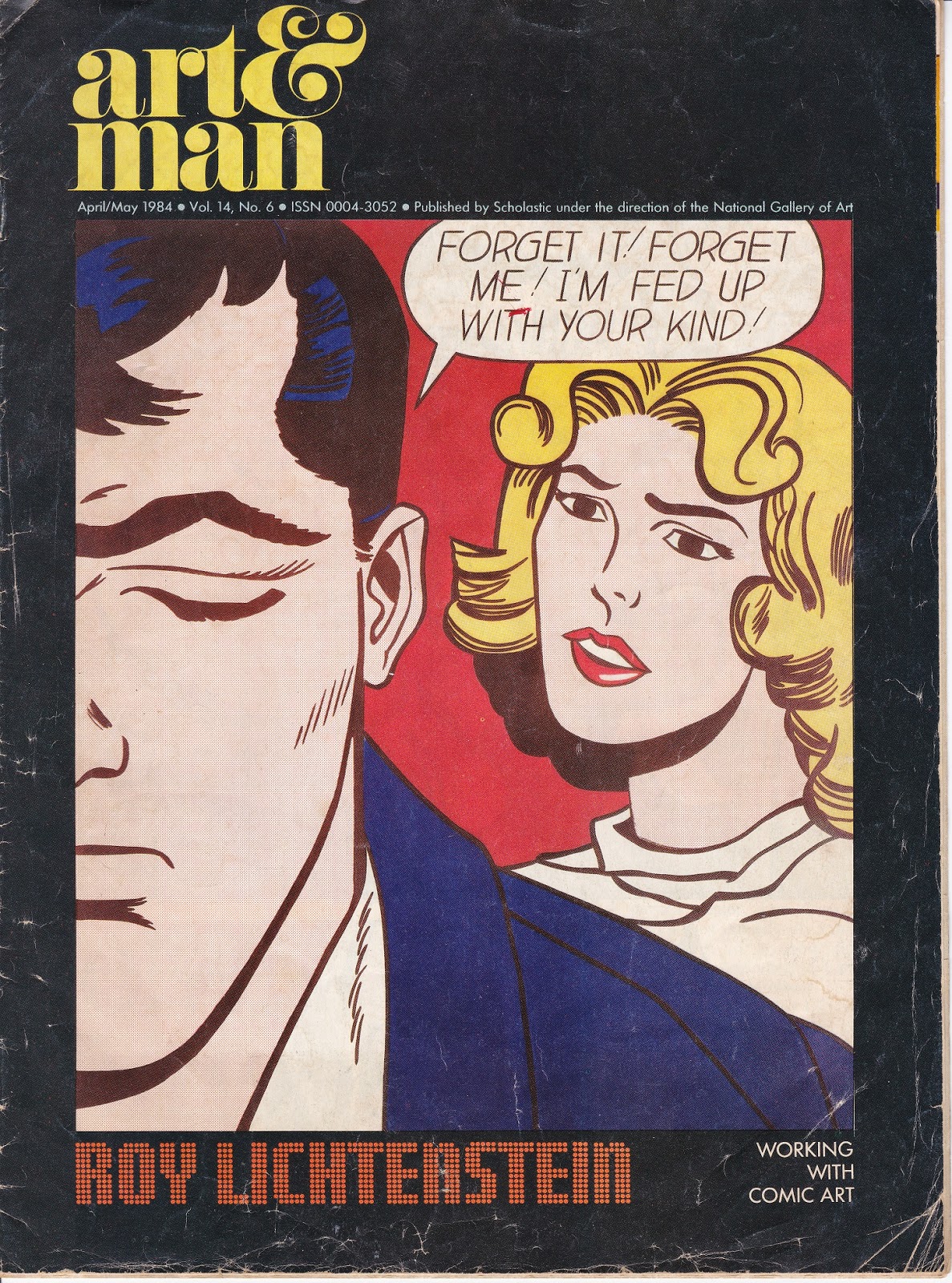 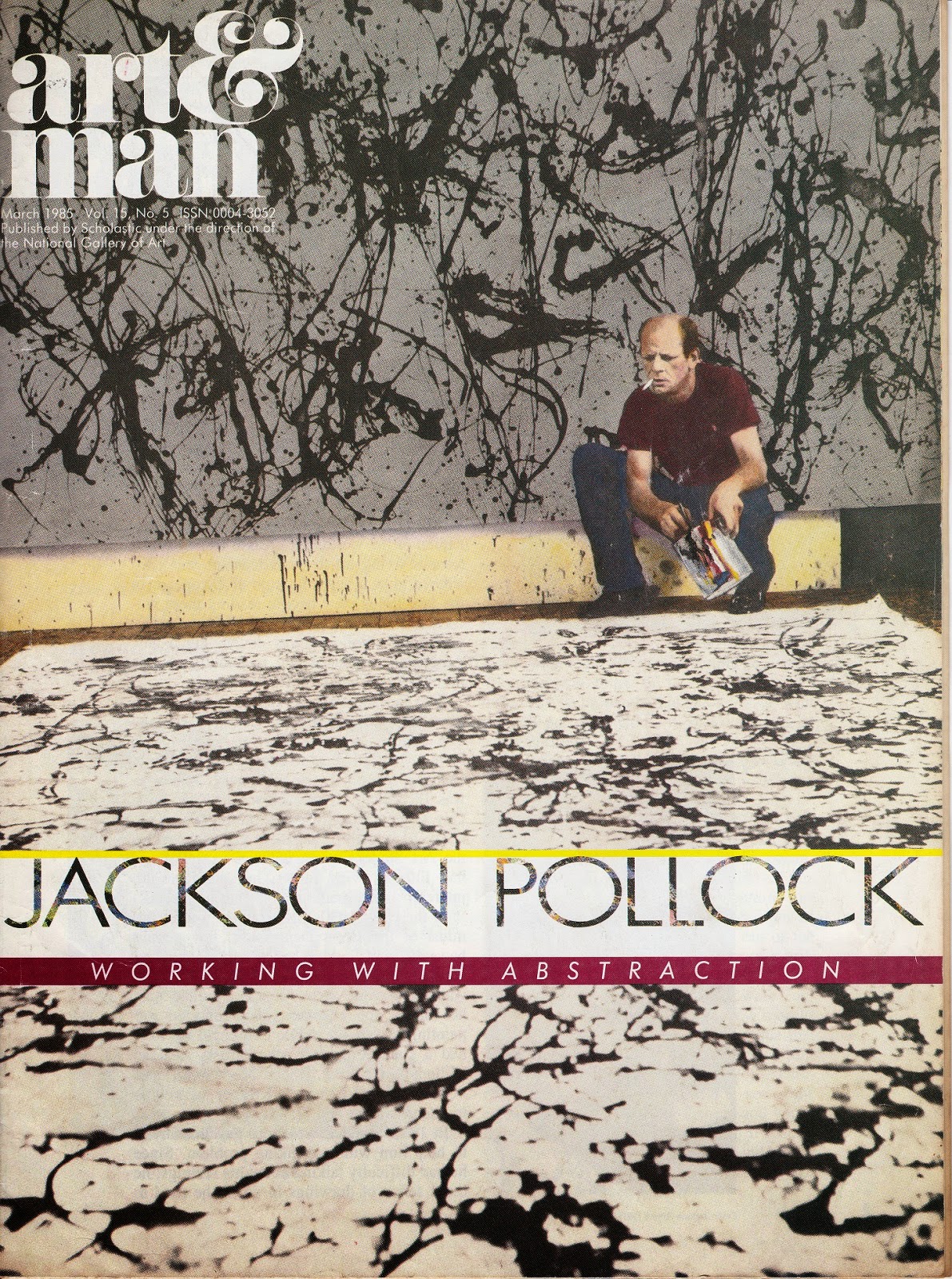 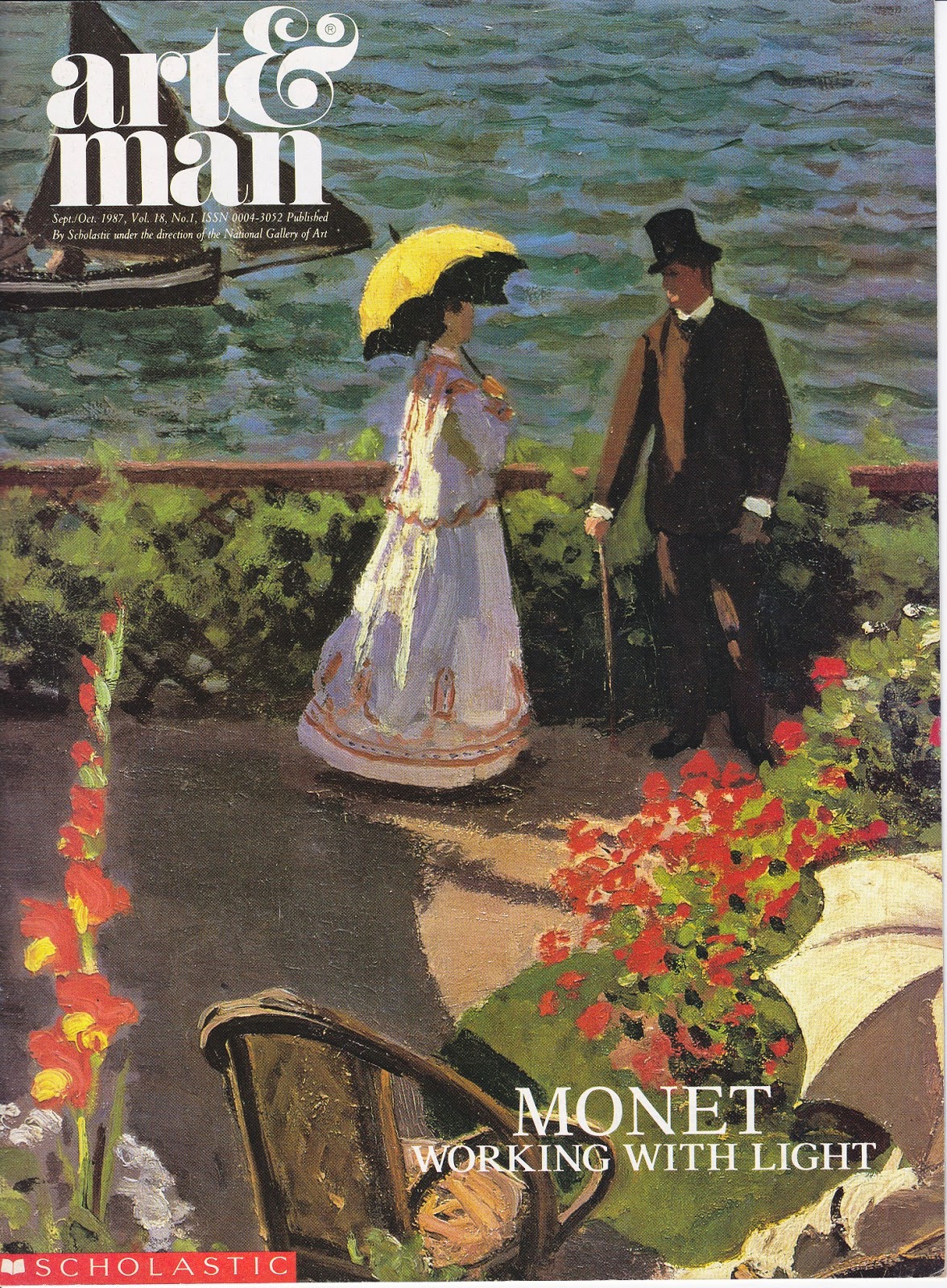 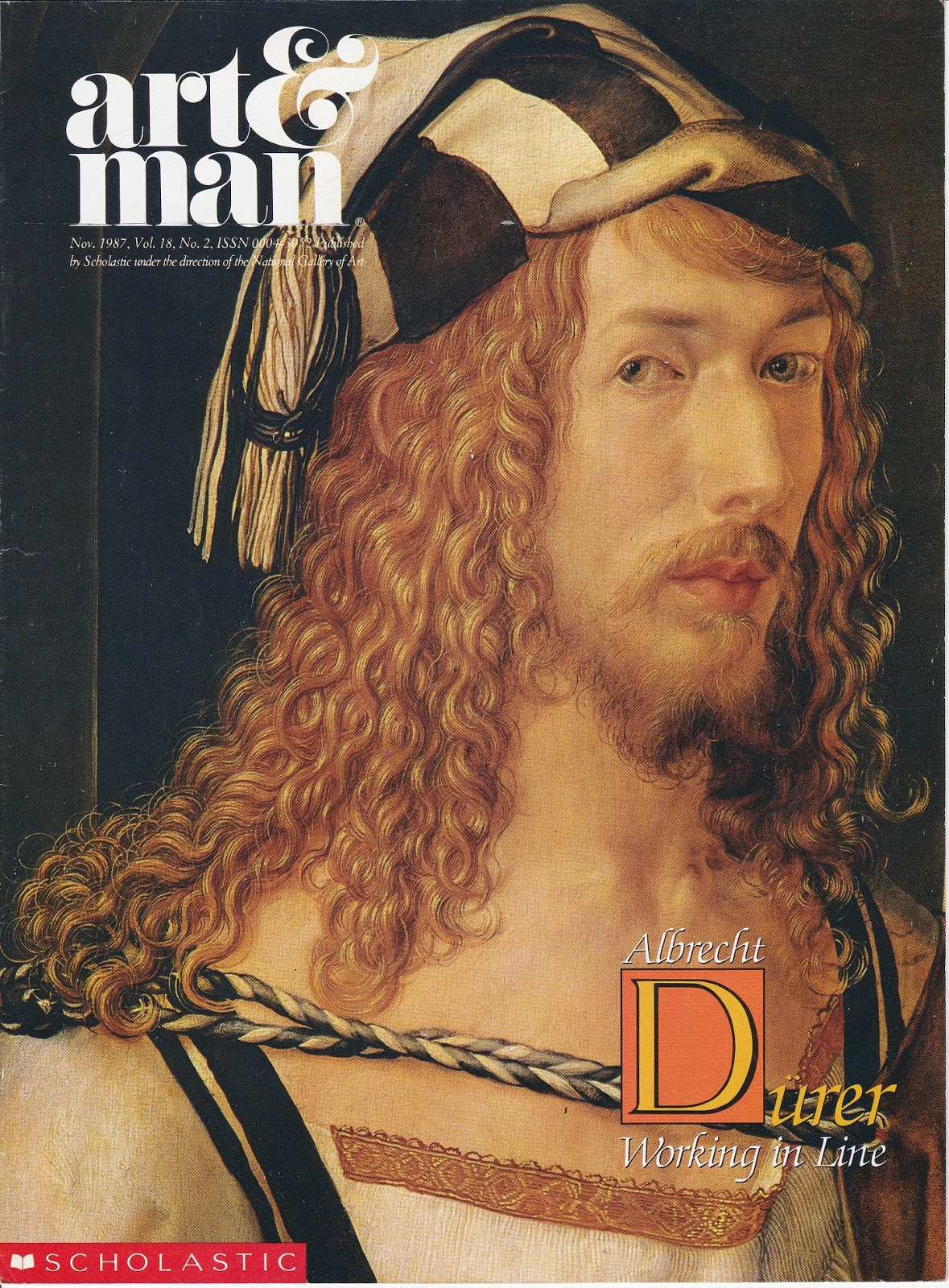